I think so! I took it to the test, sprinkling it on everything from salads, to soup and even fruit. But of course the golden ticket was these Better than Bacon BLTs! It was true validation that bacon-lovers adore these coconut bacon bits as much as the real thing.
Prep Time: 5 mins
Cook Time: 5 mins
Total Time: 10 mins
Jump to Recipe 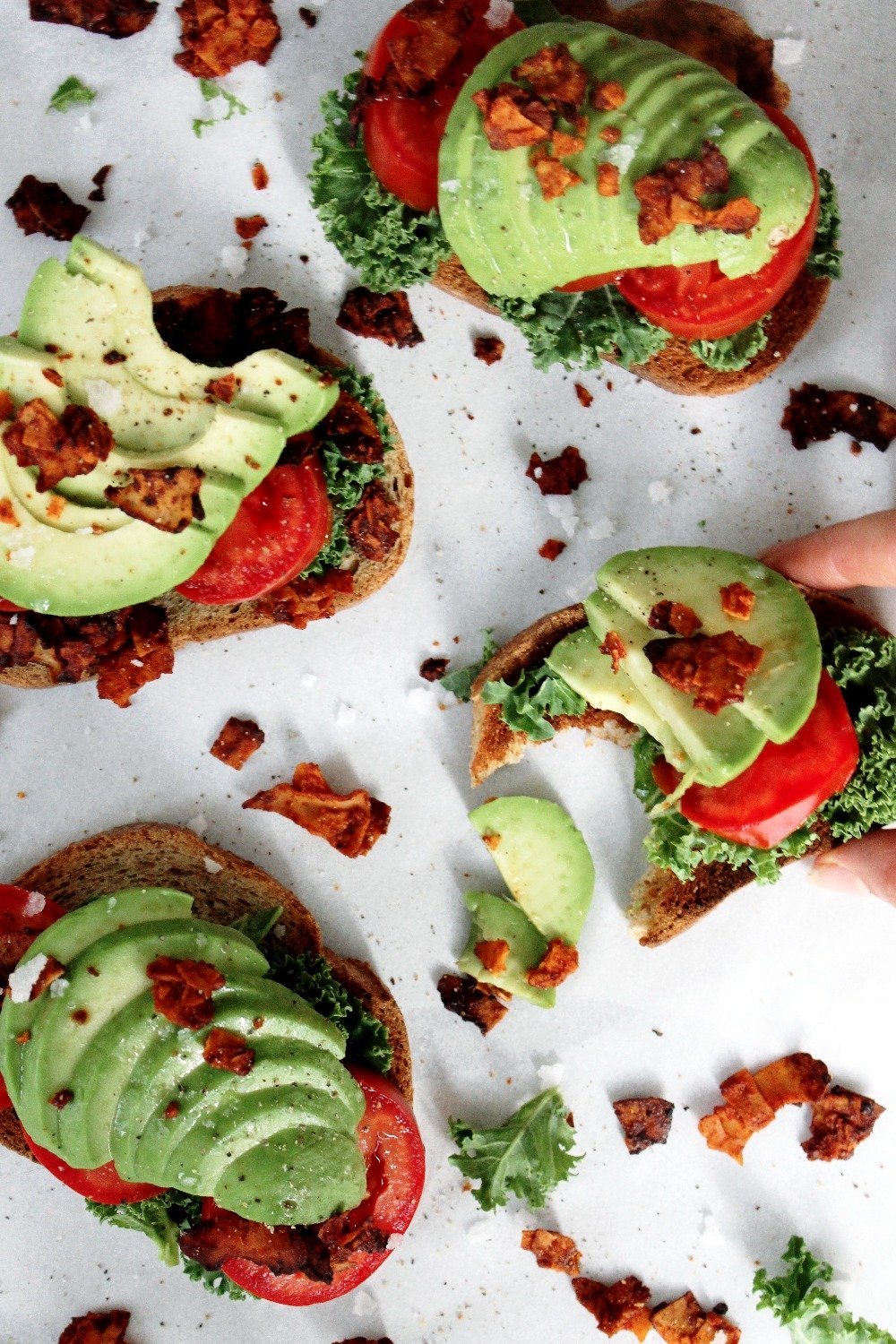 I mean every word; these plant-based BLTs are better than bacon ones! Just ask my BLT loving mum! You might know that my mum was visiting me in Lille from Canada for two weeks, and while she was here I made these better than bacon BLTs. She went bacon bazerk! You might also know that my mum is British, (hence why I say mum, instead of mom),  and so these savoury style dishes: Toast with bacon, sausage and ham are the traditional comfort foods she was raised on.

And it just so happened that while she was visiting I whipped together some “Better-Than-Bacon Bits.” Actually, I was doing this for Mitch because ever since I made my Maple Drizzled Figs with Coconut Bacon & Chile he’s been obsessed with putting better-than-bacon bits on everything! I think he would eat them in his sleep if he could. So while my mum was working on a sewing project in the family room (yes I know she’s soooo British) I got to preparing a batch of these Better Than Bacon Bits. But it wasn’t long before the savoury smell made it’s way over to her, and as if in a trance she dropped what she was doing and hovered over to the steaming tray of coconut bacon bits. My mum, the somewhat skeptic of my “let’s make everything plant-based” attitude, was completely transfixed on the tray, wondering what this savoury smelling masterpiece was. And before I knew it, before the tray had even cooled, she was popping these bacon bits into her mouth and basking in the joy of its smoked and spicy crunch!

At this moment I realized the gravity to which these bacon bits presented – not only did my bacon-loving husband adore these coconut bacon bits, but so did my bacon-loving mum! Could this be the holy grail of recipes I’ve been searching for? One to convince all meat lovers that plant-based eating is just as tasty as it’s meaty counterparts? I think so! I took it to the test,  sprinkling it on everything from salads, to soup and even fruit. But of course the golden ticket was these Better than Bacon BLTs! It was true validation that bacon-lovers adore these coconut bacon bits as much as the real thing. My mum and I munched in delight as we shared these crunchy BLTs in complete bliss and content. And then from across the table I heard my mum’s words as she said with a smile, “this is better than the real thing.” Ring the bells!, wave those flags, and bring out the marching band! I had won over my British BLT loving mum with this plant-based bacon alternative.

And so, it’s to mums request that I share this recipe with you as Skeptic Approved, and urge you to create this masterpiece for your bacon loving friends. This winning combination of toasted whole wheat bread, topped with fresh kale, sliced tomatoes, avocado, coconut bacon, pepper and salt flakes is a savoury recipe that will be adored by all!

So enjoy whipping together these better than bacon BTLs this holiday for all your friends and family to enjoy. A recipe that will have plant-based and meat-lovers swooning together in abundant delight. And in just 15 minutes of prep time! That is the Holy Grail of recipes, if I ever did taste one. 🙂 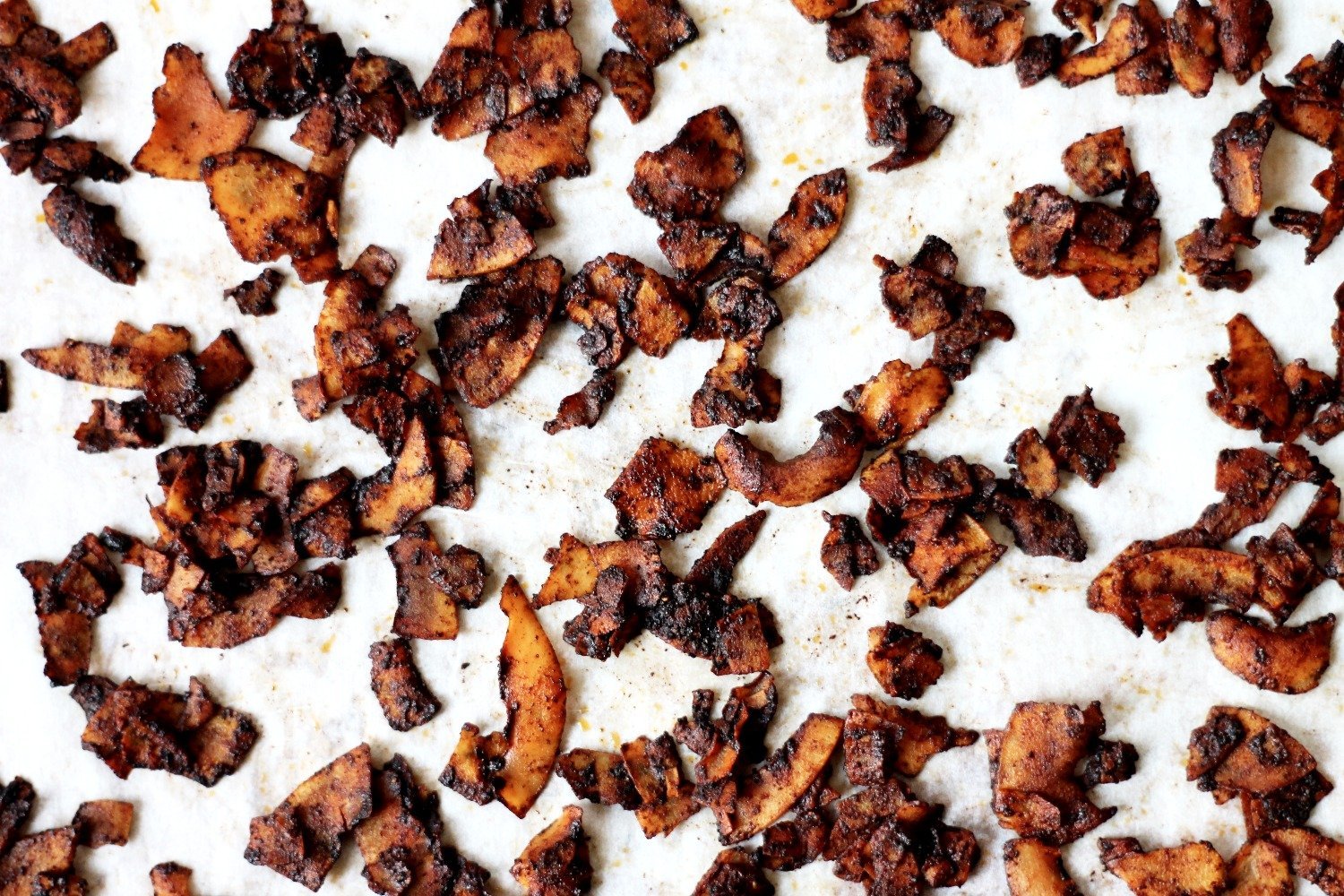 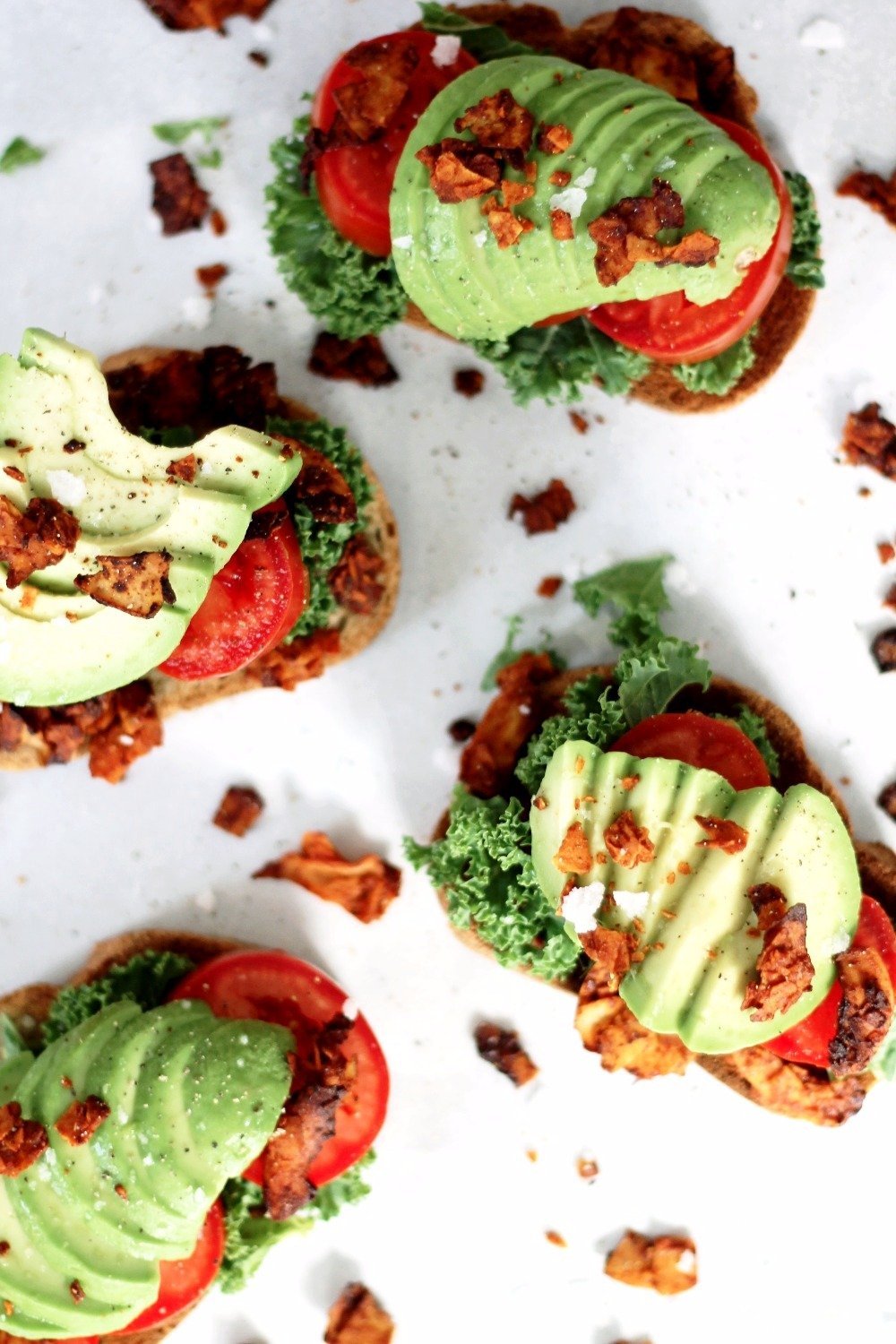 I think so! I took it to the test, sprinkling it on everything from salads, to soup and even fruit. But of course the golden ticket was these Better than Bacon BLTs! It was true validation that bacon-lovers adore these coconut bacon bits as much as the real thing.
Print Recipe Pin Recipe 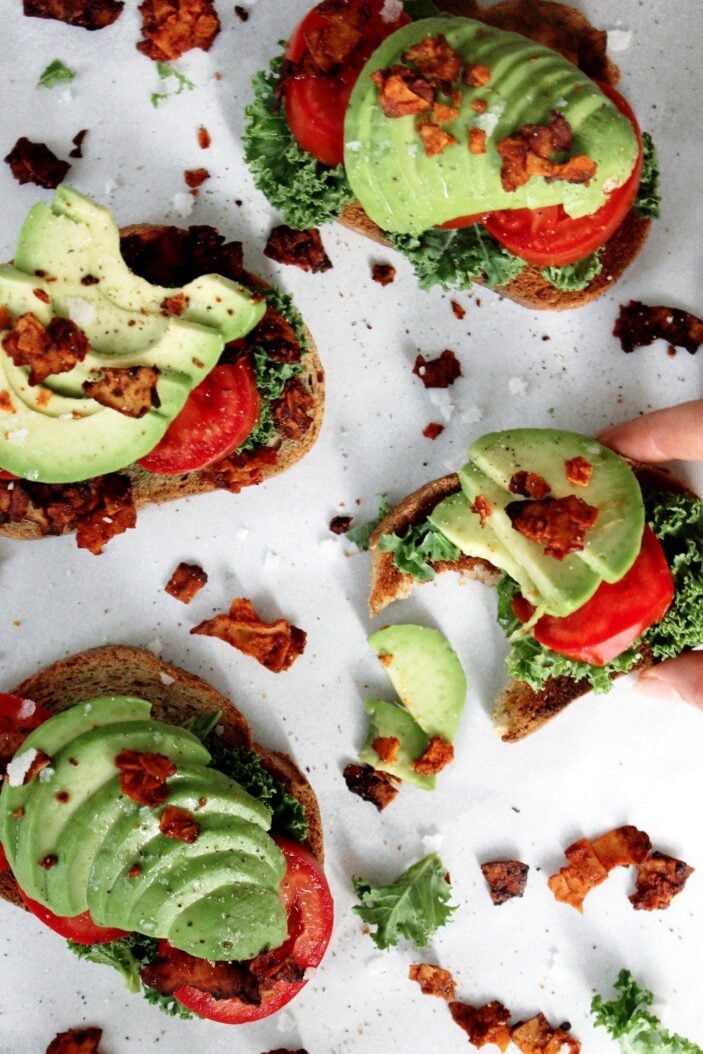 Get the recipe for coconut bacon. It can be made ahead and will keep in fridge for up to one week.  Nutritional information is a rough estimate.