5 from 1 vote
I love turmeric lattes because they are so cozy and comforting, but it also feels like you're drinking to health. It's a simple blend of almond milk, turmeric, coconut oil, cinnamon, cardamom, ginger, vanilla, peppercorn, and agave. The result is a glowing cup ready to be sipped and savoured.
Prep Time: 5 mins
Cook Time: 10 mins
Total Time: 30 mins
Jump to Recipe

Hiya guys! Here is a cozy drink to warm your soul: Golden Turmeric Lattes! It’s truly a cup of comfort!

The perfect middle ground is a turmeric latte. I love turmeric lattes because they are so cozy and comforting, but it also feels like you’re drinking to health. On the contrary to hot chocolate, which feels like a treat or indulgence. A turmeric latte is also a wonderful treat to end the evening without the guilt. Each sip is savoured like a true indulgence, but at the same time you feel like you’re doing your body some good with its warm antioxidant-rich spices. Surely, the glowing drink will help you glow from the inside out. 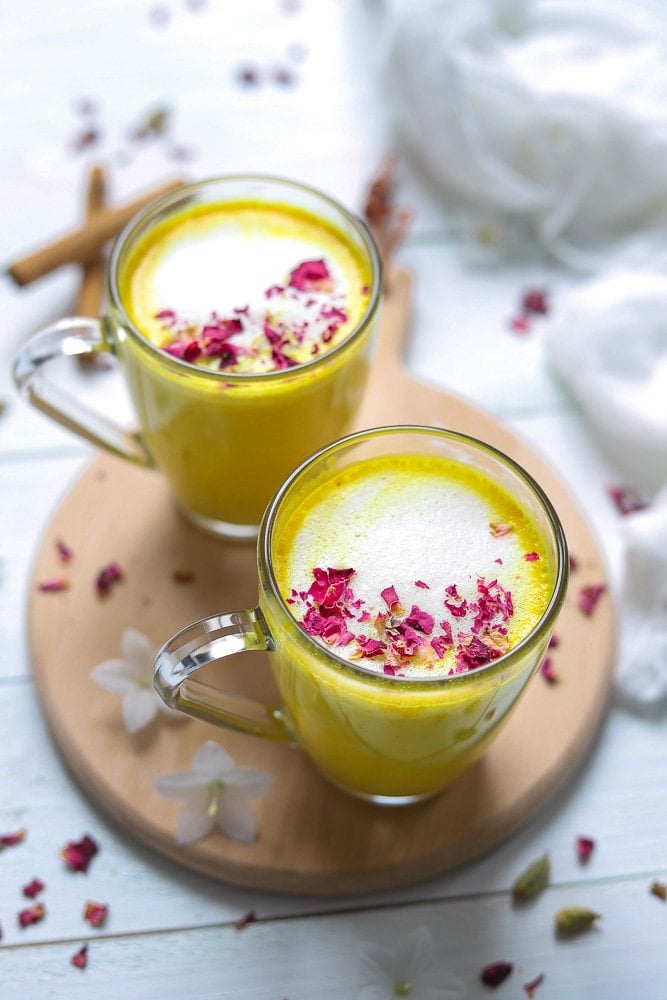 To make these golden turmeric lattes is simple. I mixed one cup almond milk with one cup water, added turmeric, coconut oil, cinnamon, cardamom, ginger, vanilla, peppercorn, and agave. Okay it sounds like a lot when I say it out loud, but it’s an easy toss, whisk and simmer type recipe. In 10 minutes you are ready to devour this glowing drink. It’s beautifully spiced, while still creamy and decadent in taste. I really like using homemade almond milk for this drink for that extra creaminess, it also foams really well if using a milk frother. Simply froth straight in the saucepan for a minute or two before pouring. But the store bought milks work well too if you don’t have time for the homemade kind. I’m particularly a fan of oat milk when using store bought milks as it’s more thick and flavourful than most almond milk brands. 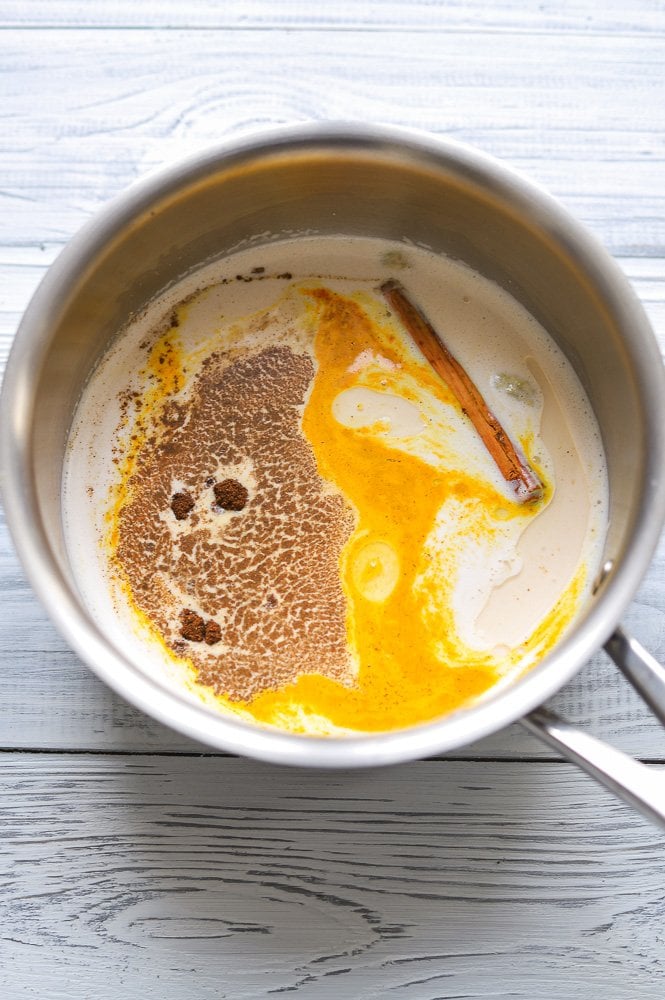 Another thing I love about turmeric lattes is that it’s the perfect evening drink when we want to avoid caffeine but still want to sip and savour a cozy latte. There isn’t any caffeine in this drink. So you can rest assured that a 5 p.m. latte won’t keep you up until midnight. With this turmeric latte, you can sip through the day and into the night. 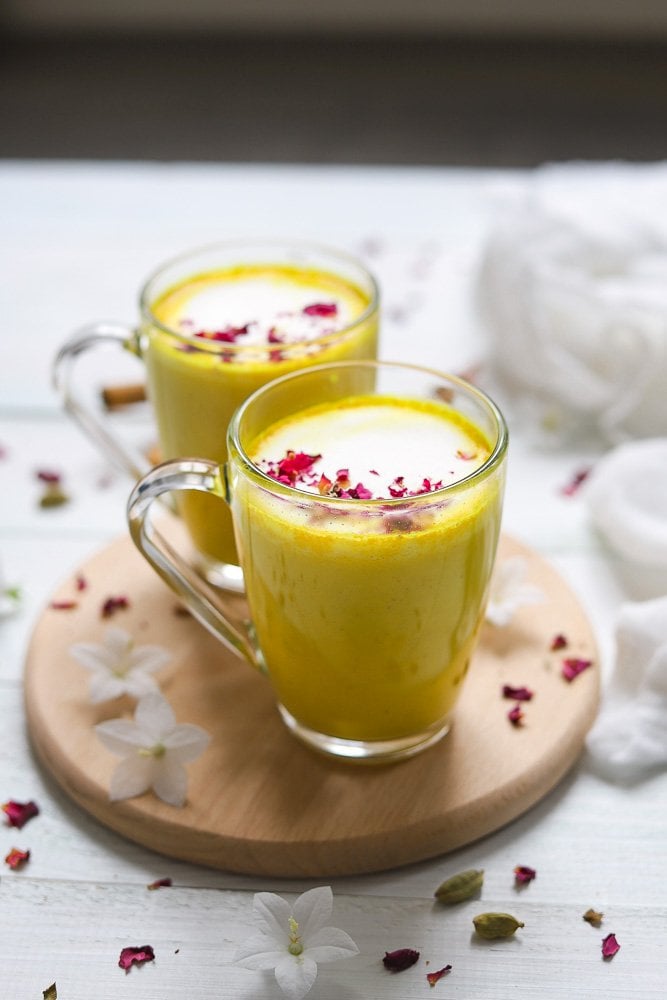 I do hope that you’ll give this Golden Turmeric Latte a try instead of reaching for that Nespresso pod the next time you crave a cozy latte. This glowing spiced drink is certain to hit the spot. And, if you do make this recipe please let me know in the comments below what you think! I love hearing from you. And of course, tag me on Instagram with the hashtag #twospoons. Nothing makes me happier than to see your recreations.

5 from 1 vote
By Hannah Sunderani
I love turmeric lattes because they are so cozy and comforting, but it also feels like you're drinking to health. It's a simple blend of almond milk, turmeric, coconut oil, cinnamon, cardamom, ginger, vanilla, peppercorn, and agave. The result is a glowing cup ready to be sipped and savoured.
Print Recipe Pin Recipe

Note: save cinnamon stick and cardamom pods for re-making this recipe. I used them twice more before discarding. Nutrition information is a rough estimate.